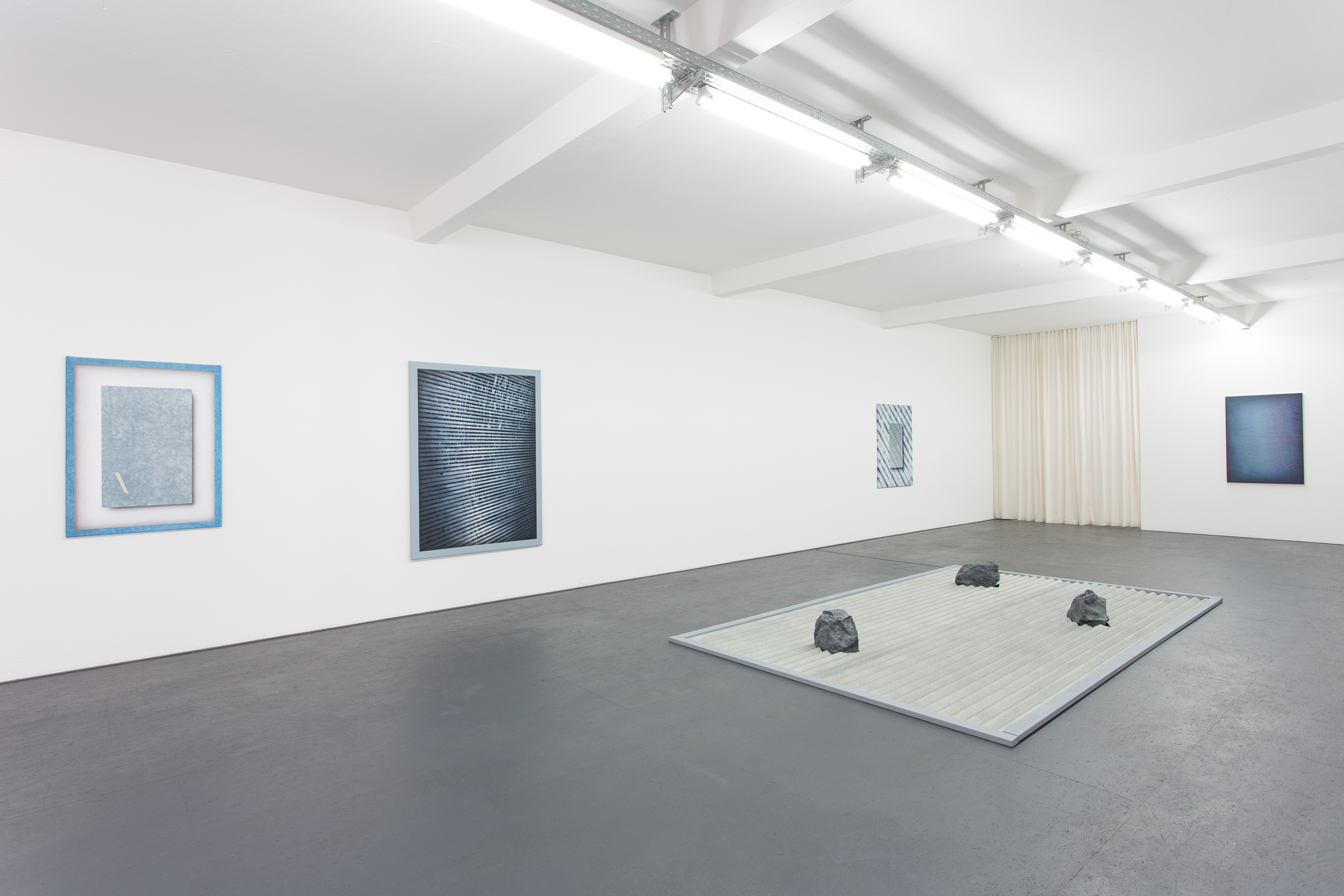 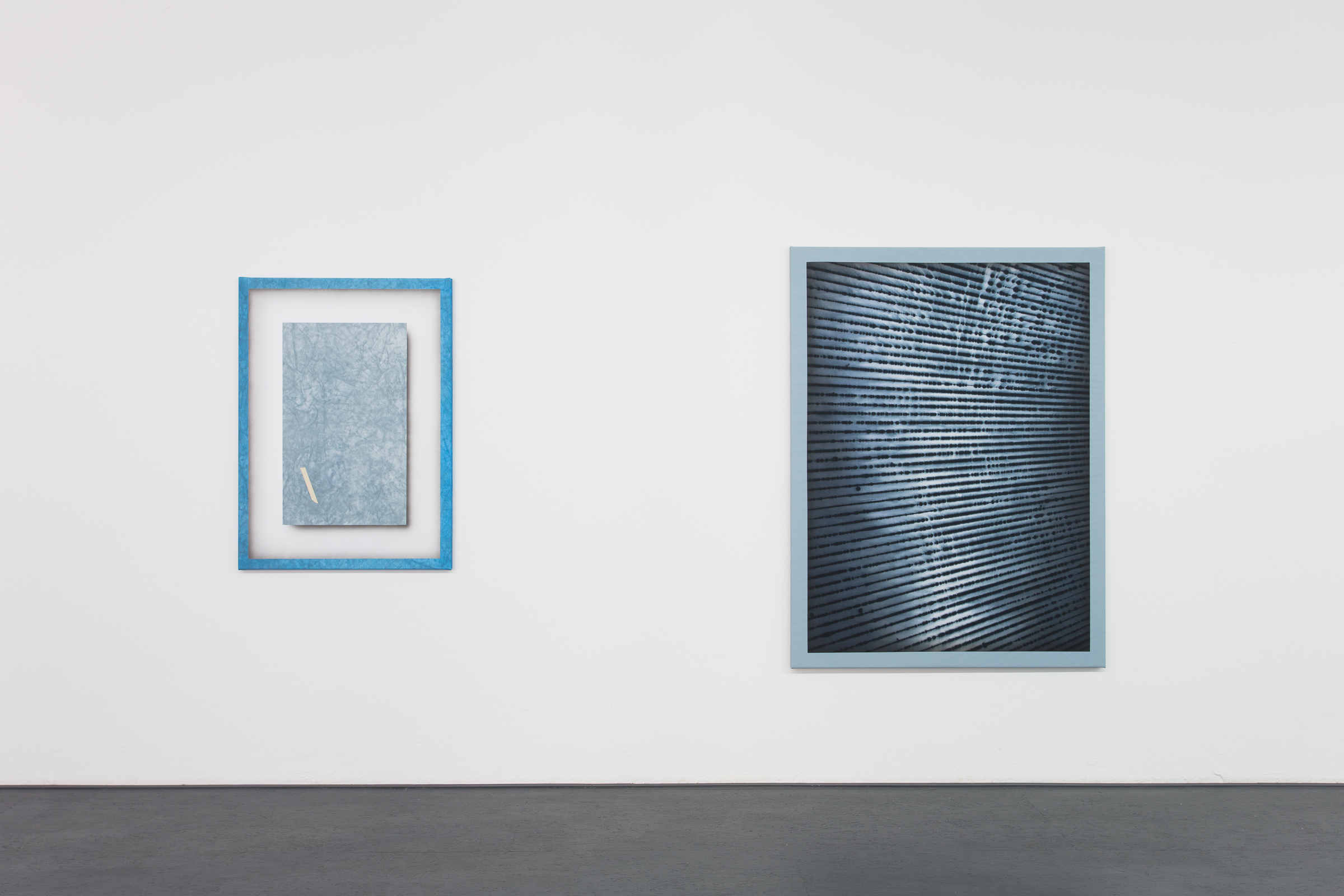 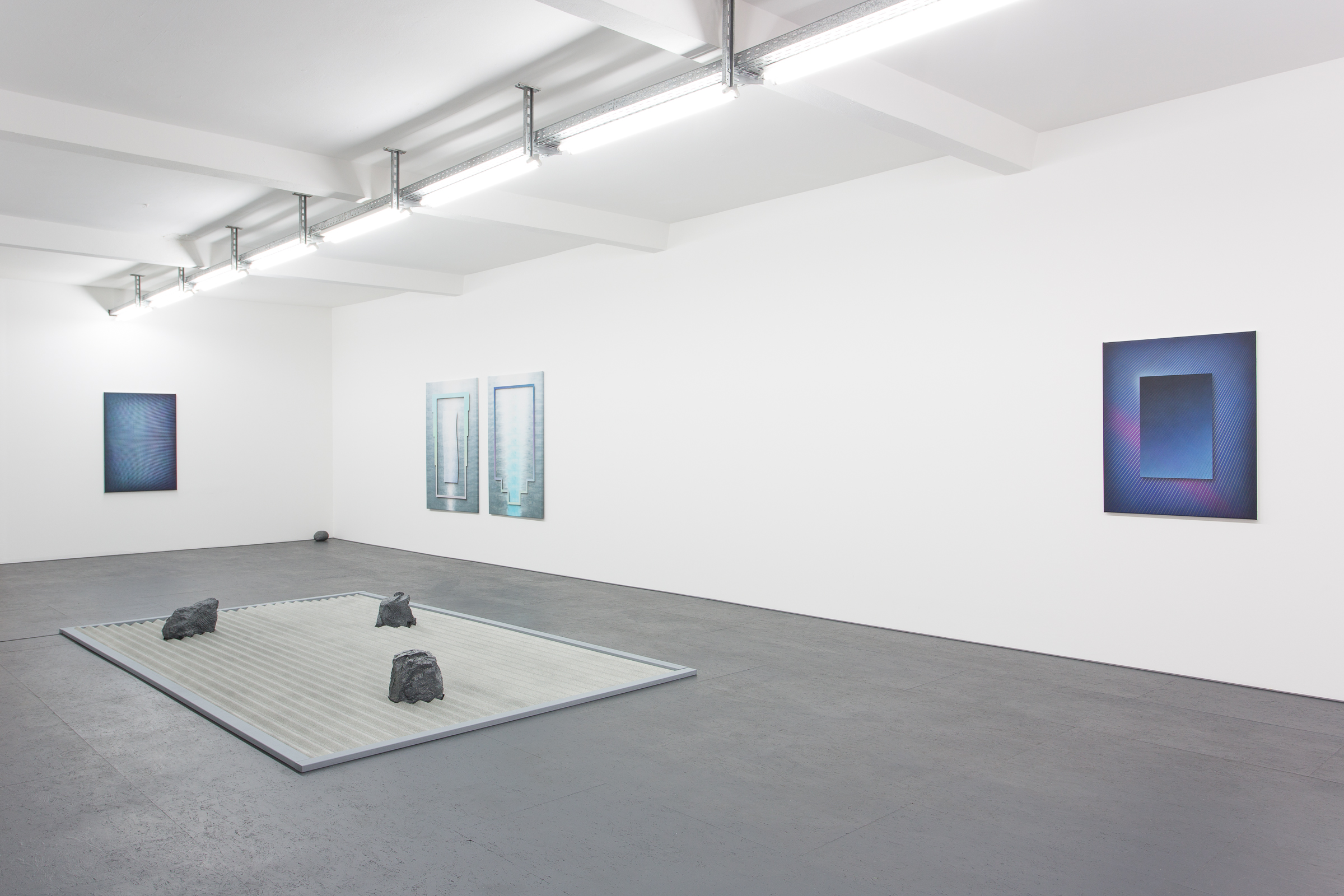 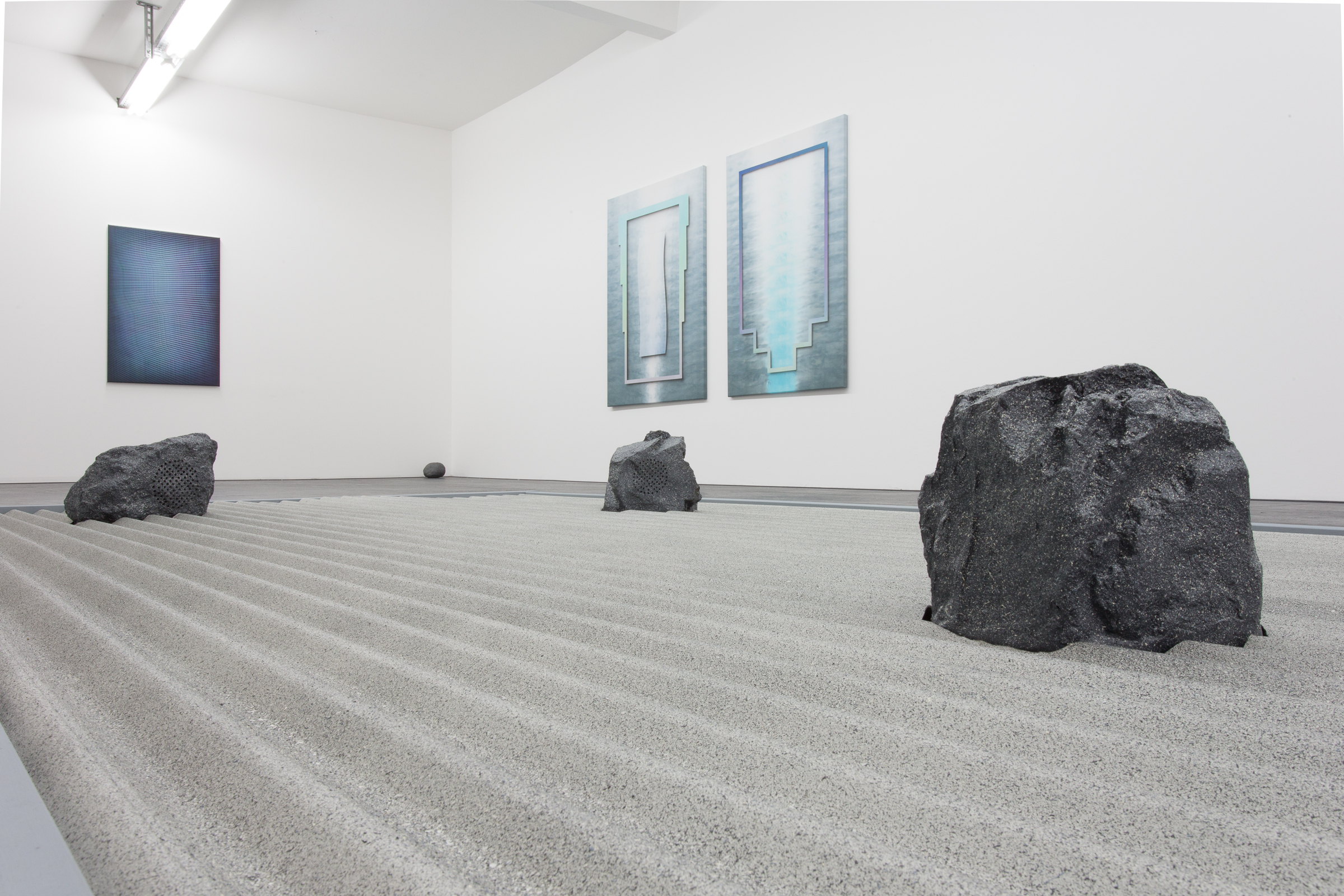 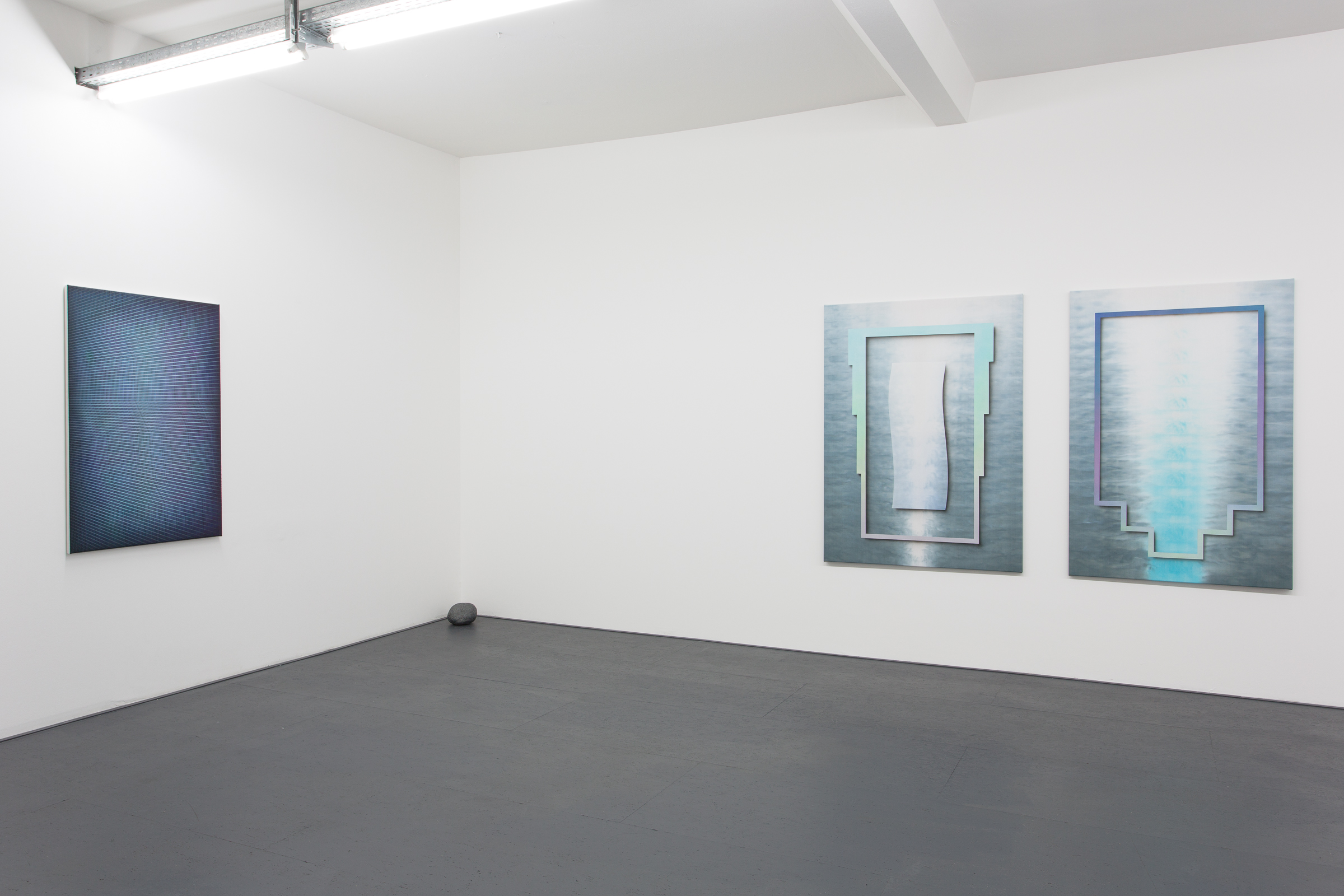 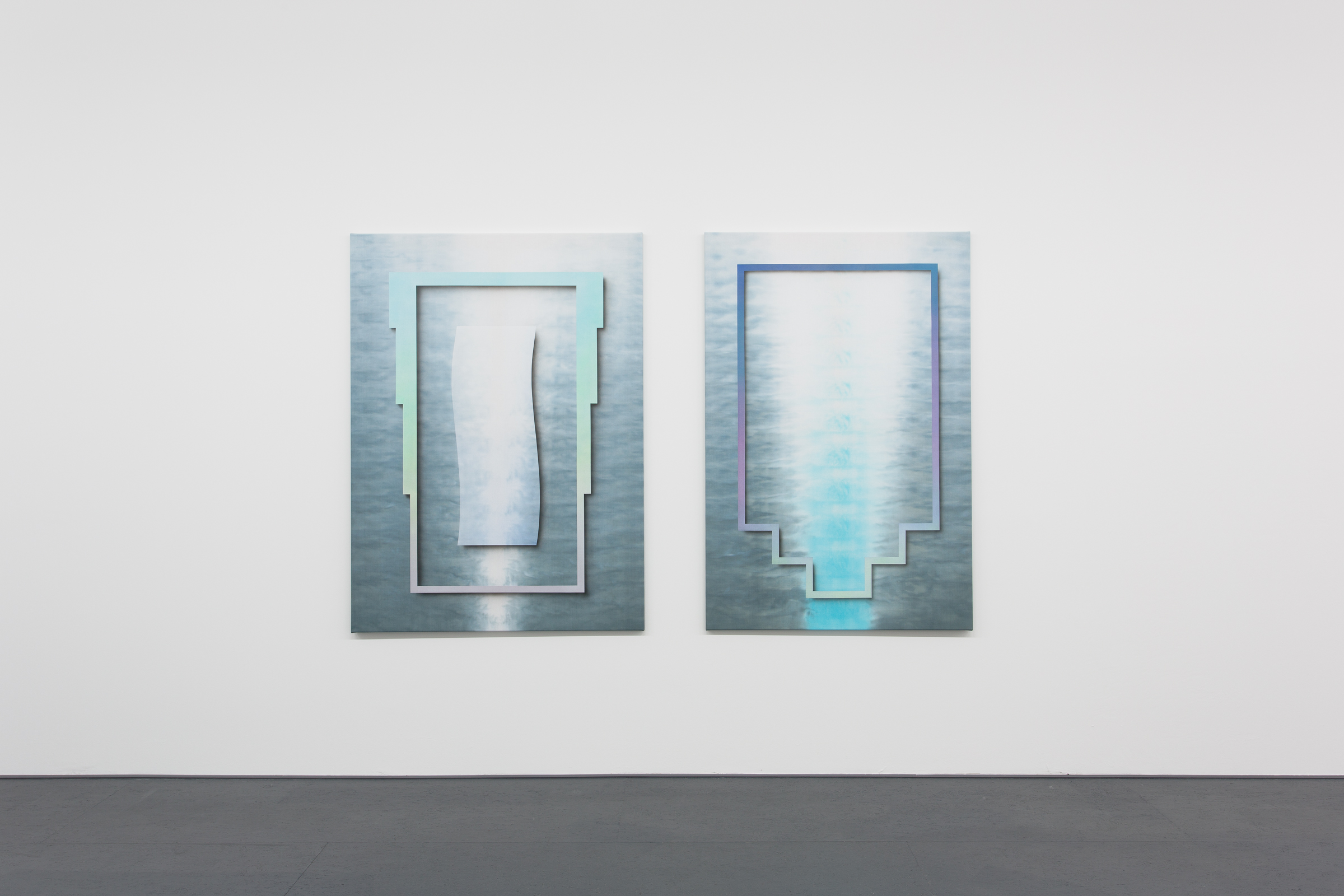 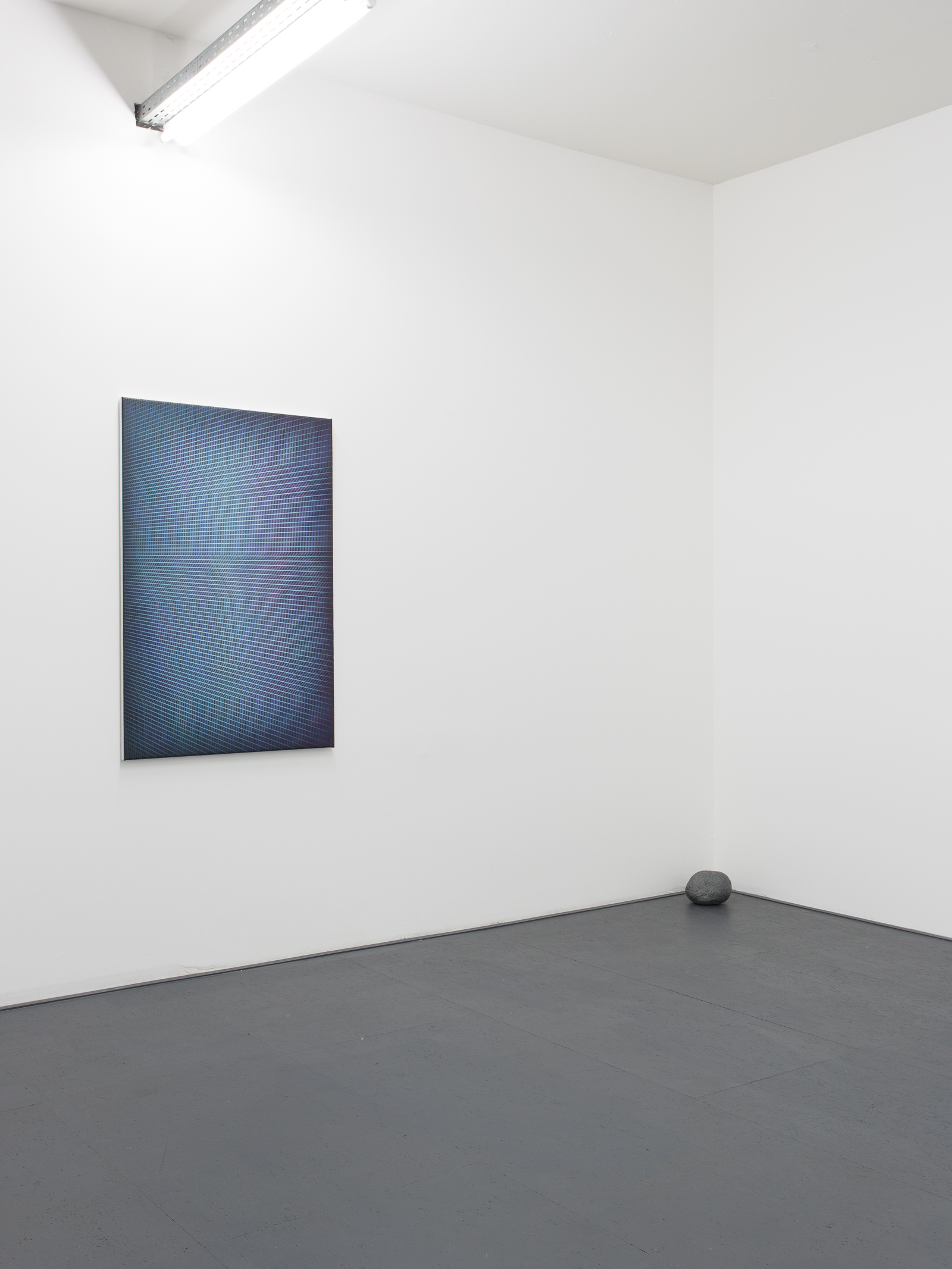 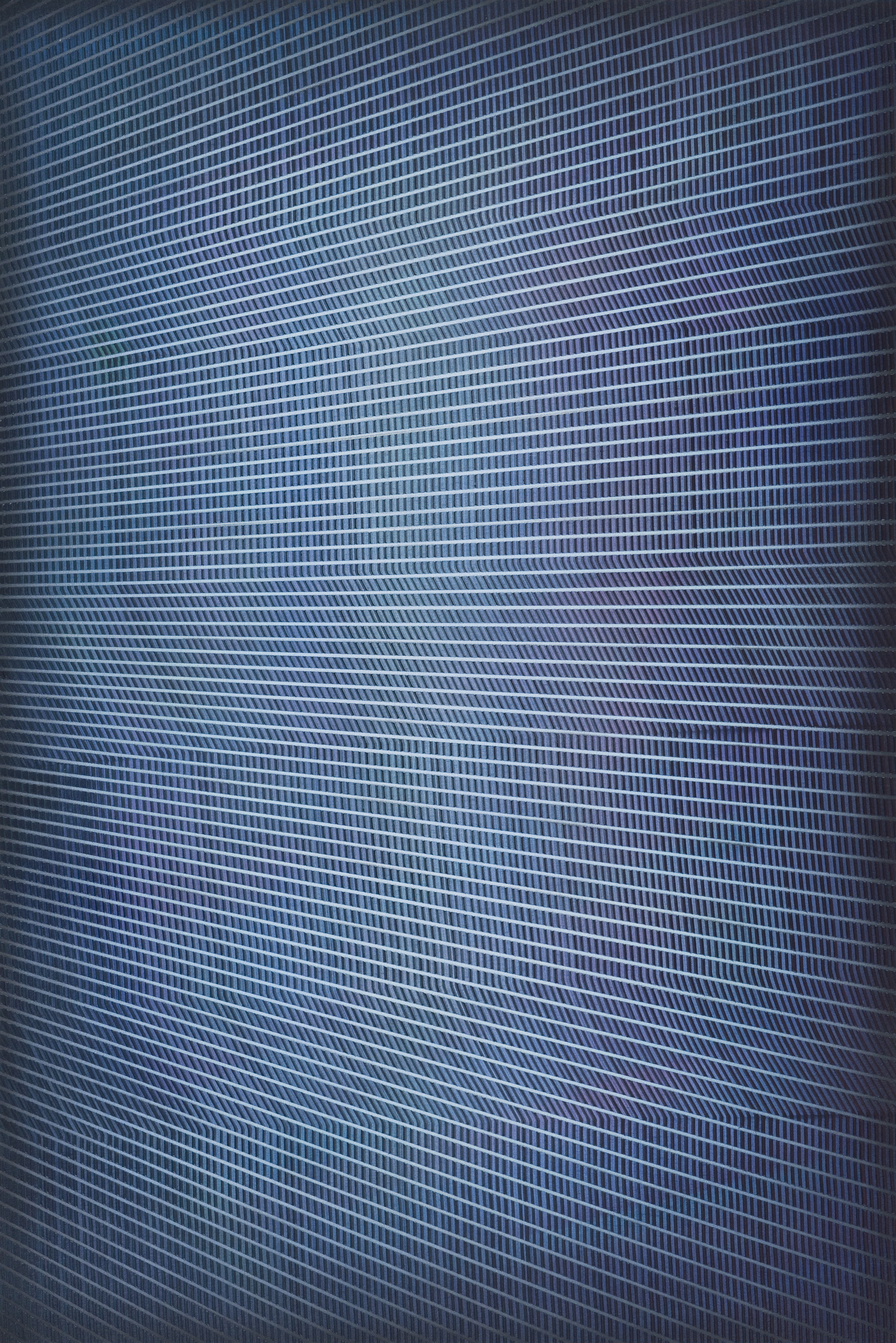 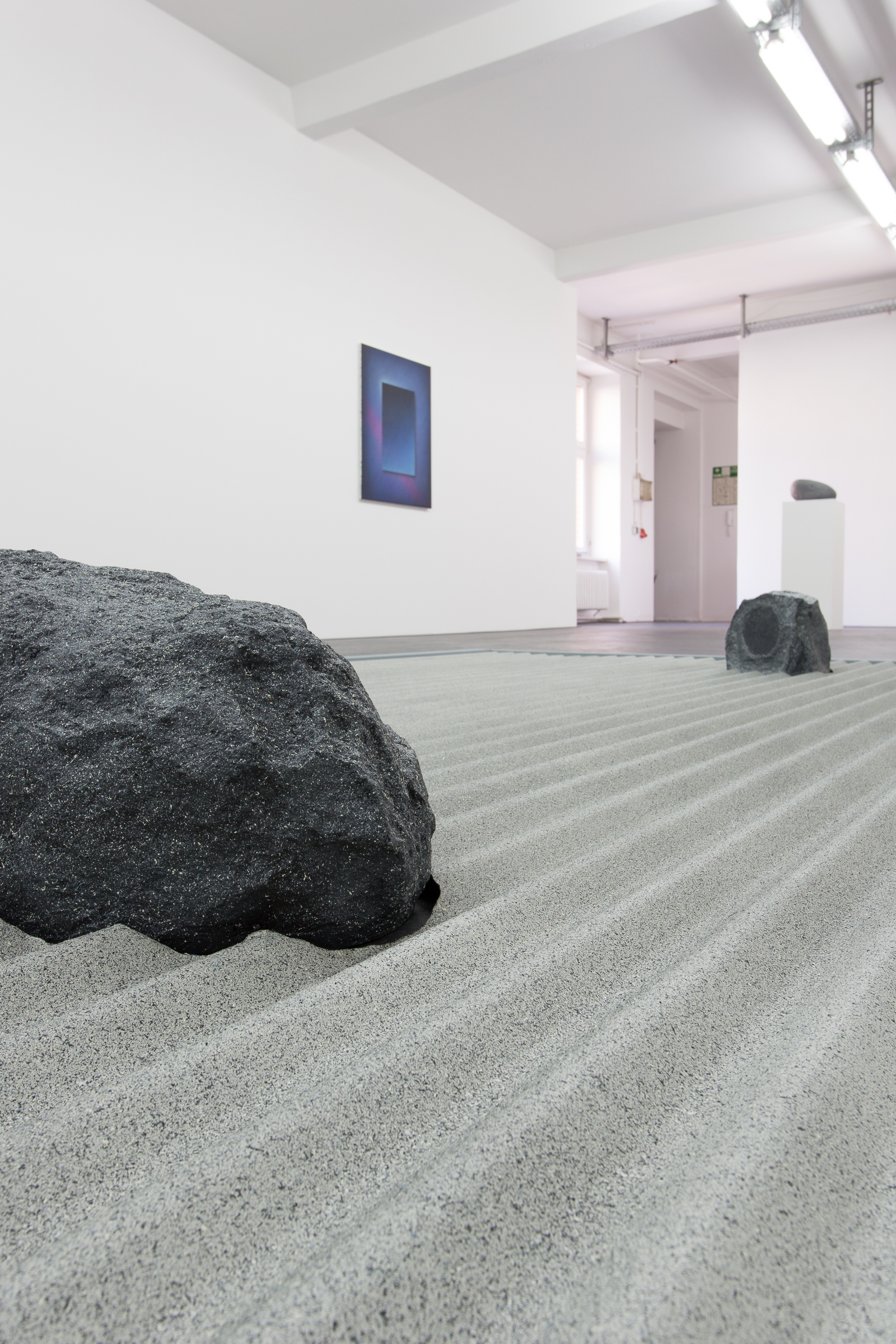 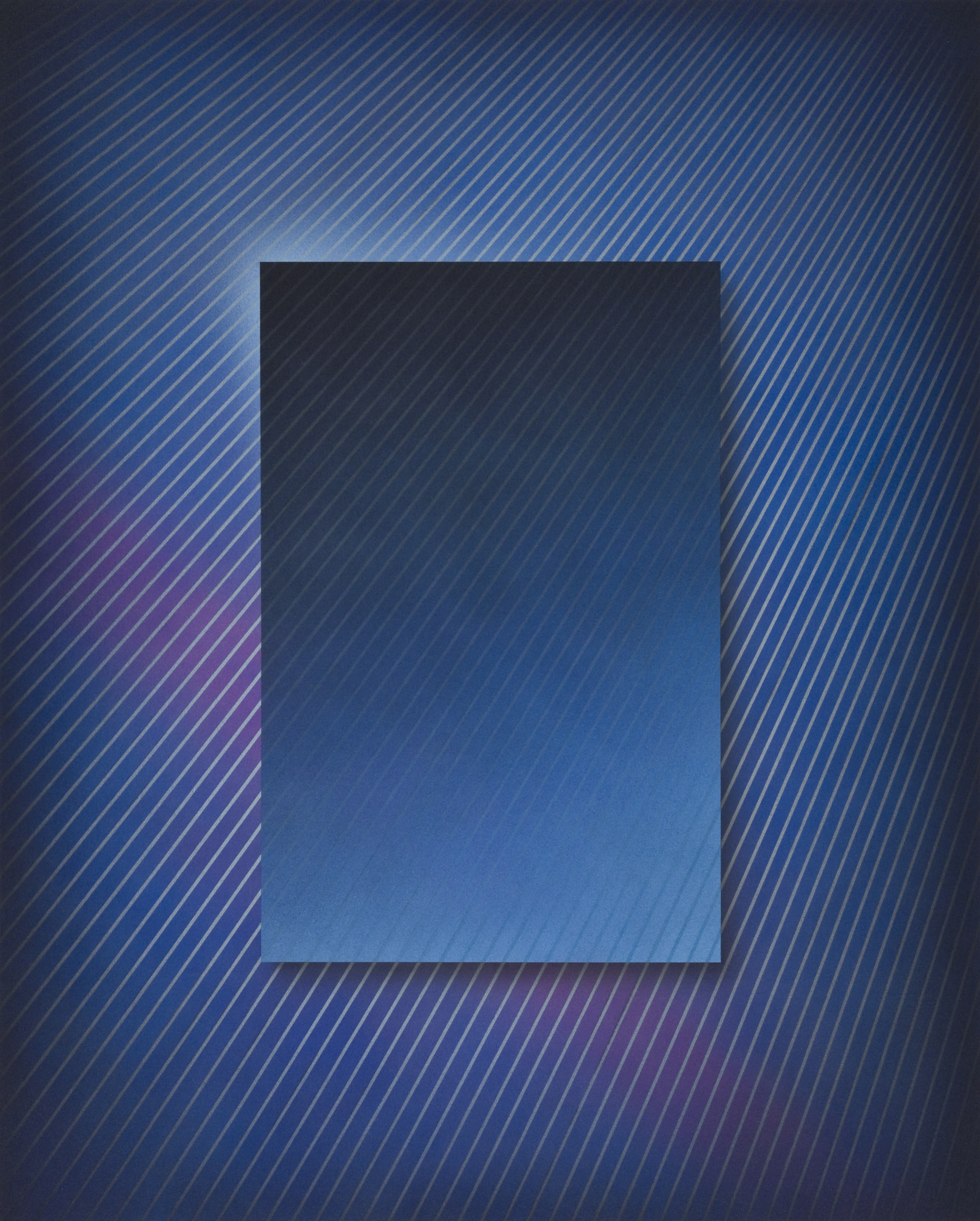 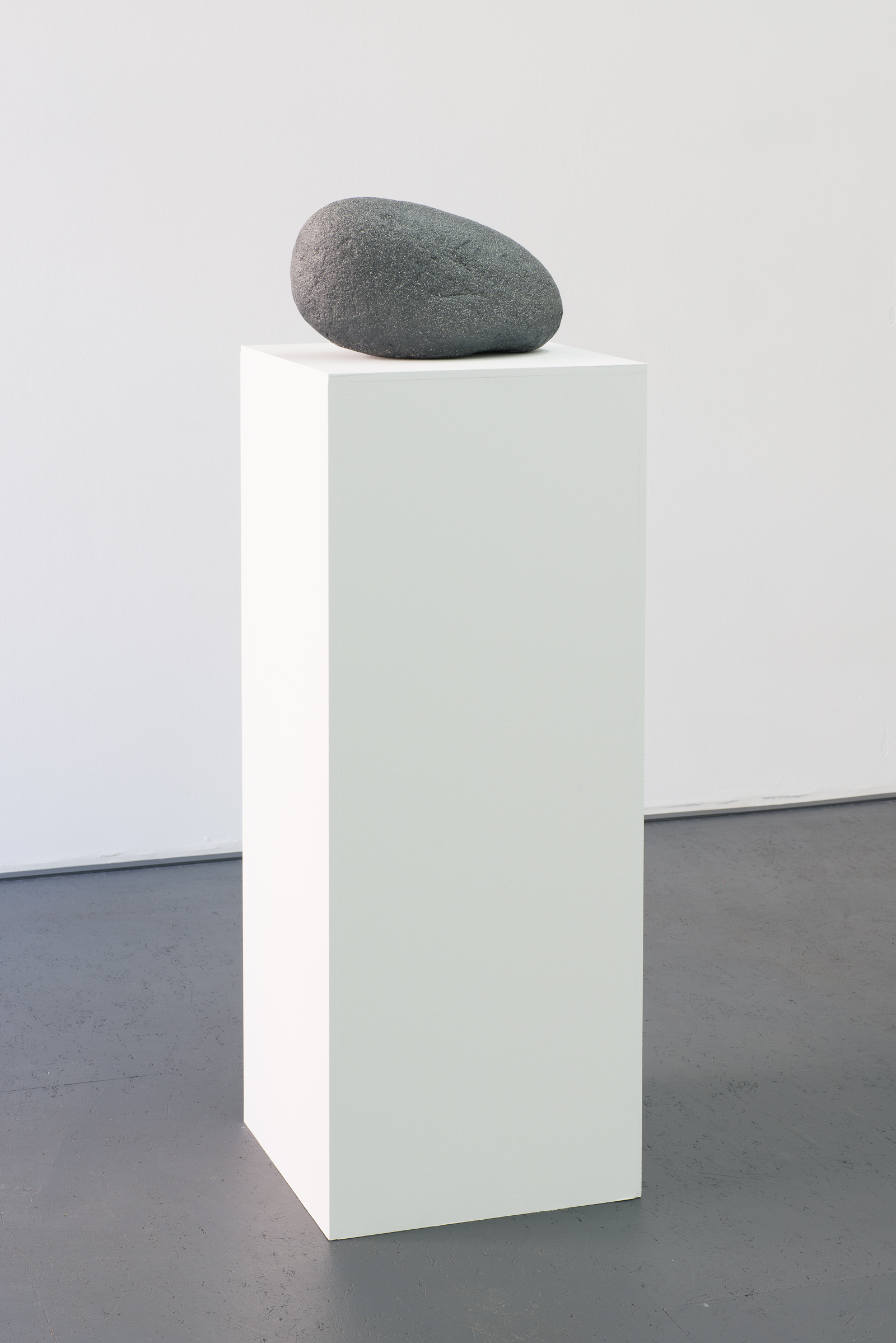 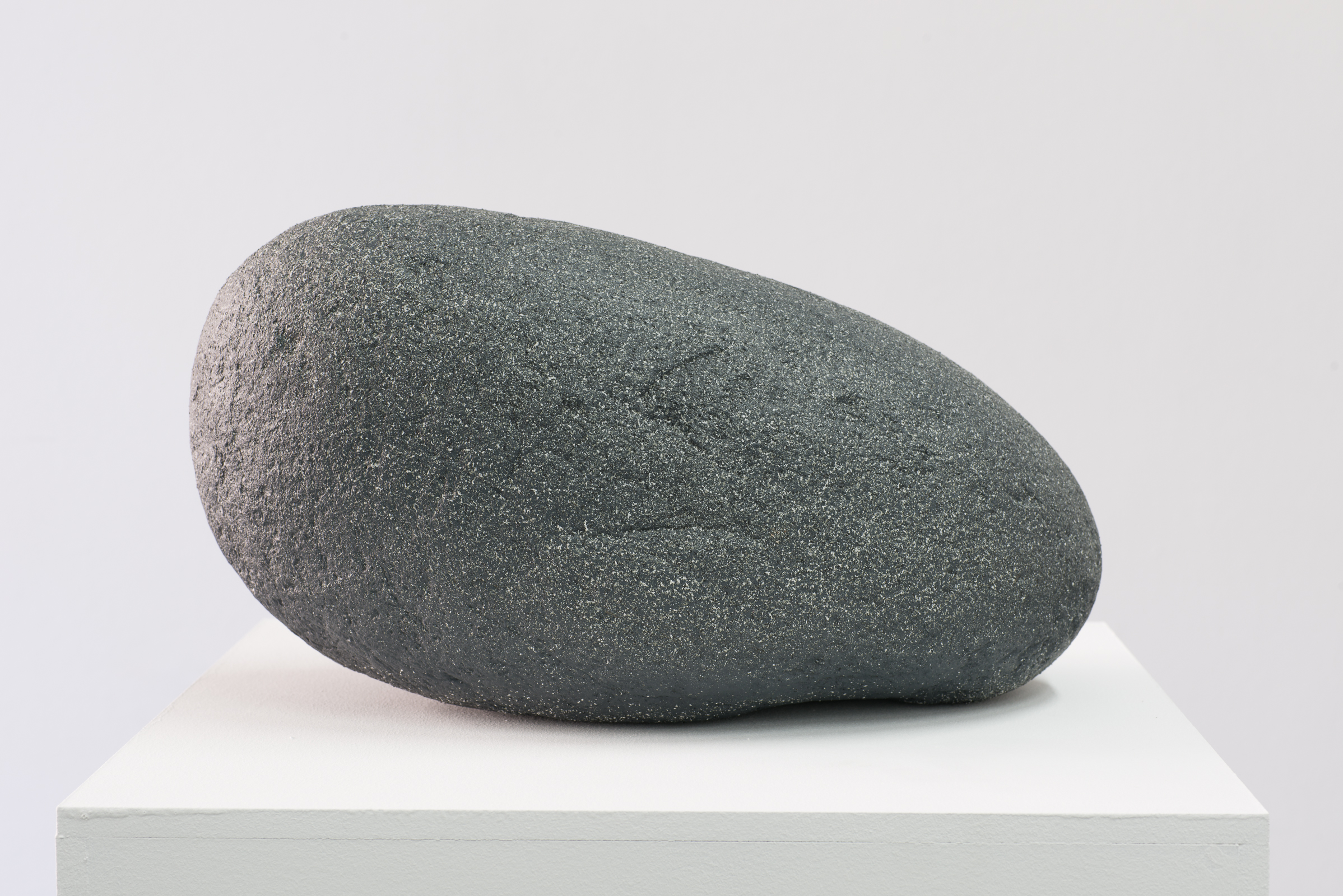 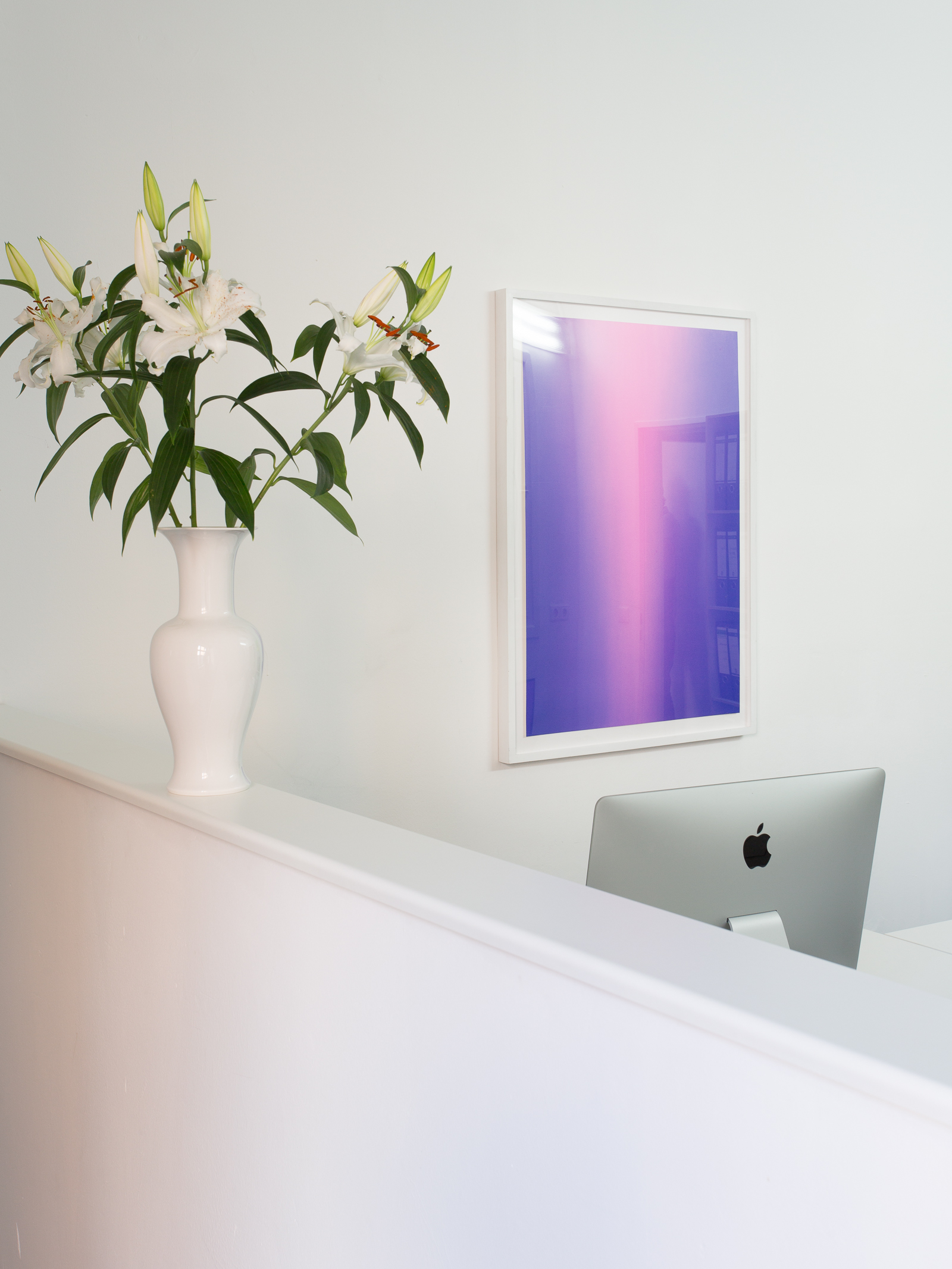 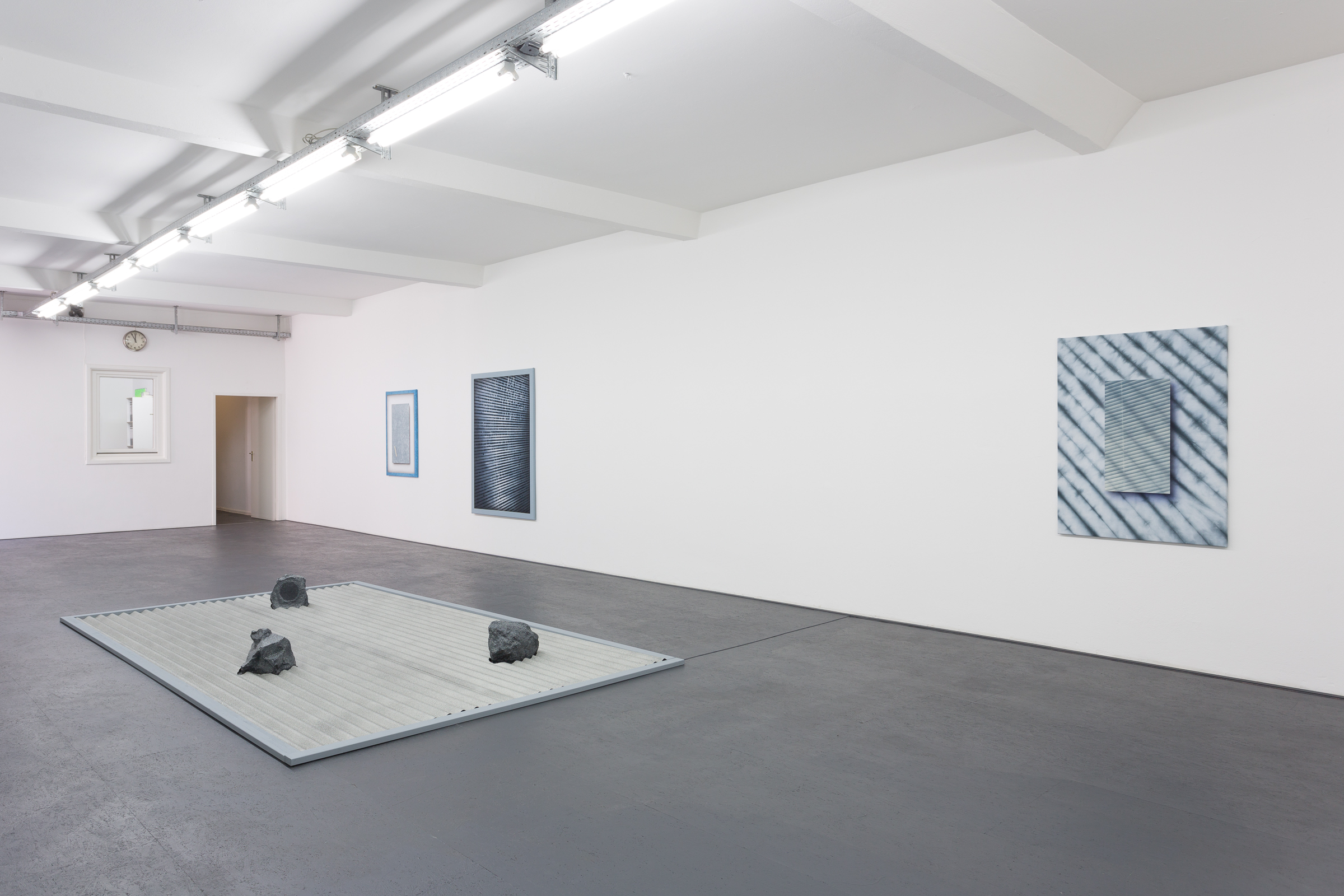 INFO
In *Atavistic Zen*, his fourth solo presentation at DUVE Berlin, Evan Gruzis considers the frame as subject within the transformation of his own process. Inspired by Dōgen Zenji, the Japanese Zen Buddhist teacher, Gruzis creates a unique body of work that explores the visualization of tension found in chaos and the more calculable wave form. *Atavistic Zen* showcases Gruzis's recent experimentation with materials.  Textile dyeing techniques are incorporated into his canvases and his works on paper reveal an acute focus on surface and texture. The sound sculpture, *Modulation Garden*, plays with the use of recording effects to create hypnotic overlapping rhythms that are both an aural counterpart to his paintings and an homage to Berlin's minimal dub techno tradition.

Gruzis's new dye paintings paradoxically combine ubiquitous themes such as the frame within a frame and the repetition of gesture through complex craft.  By dyeing some of his canvases, he is recognizing the fabric as an object in and of itself –  a temporal sculptural intervention in his process.  The result is a substrate that appears to contain an artifact of the manufactured, something produced without conscious thought.  This relationship to objecthood and artifice is then made explicit with Gruzis's painted-on borders and floating rectilinear passages that exploit art's most basic tropes.

In his texture-focused works, Gruzis creates visually vibrating patterns of paint that emote a kind of hallucinatory sublime.  Radial stripe patterns interfere with layers of acrylic that are "raked" into cascading paths.  Here, Gruzis is exploring how the meditative, quotidian experience of mark making – simply placing one line after another – can create an exceptional haptic vision.  These abstractions shift between resembling windows to implying strange architectural facades, phenomenologically dissolving the barrier between interior and exterior.