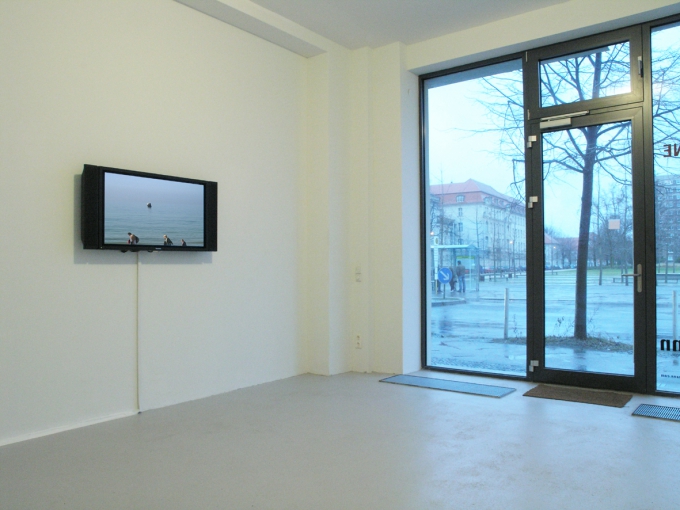 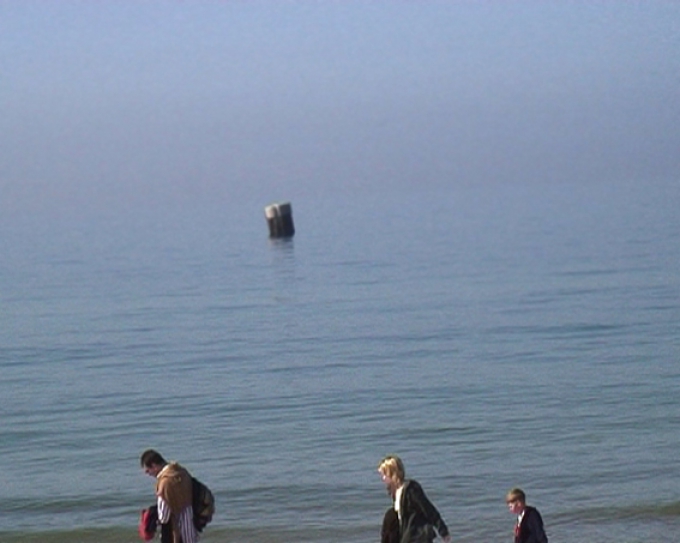 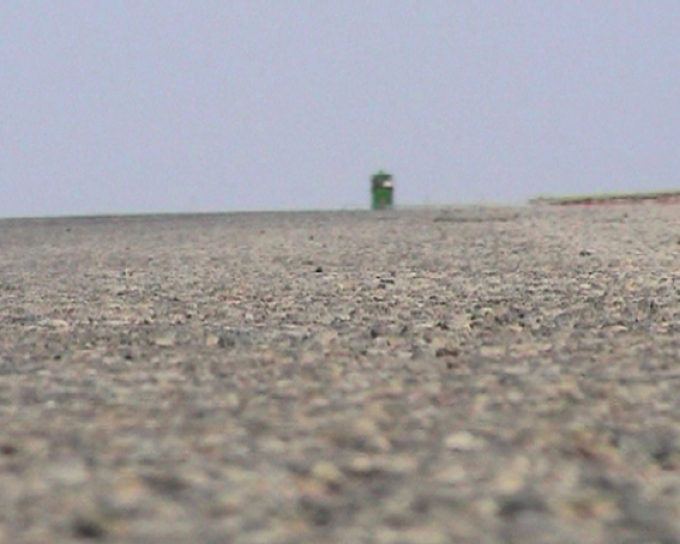 INFO
Christine de la Garenne focuses her video on the precise relationships that can be seen between the medium of her art and the reality that she is conjuring up. The artist often elaborates scenarios around natural or architectural contexts that appear familiar at a first glance. She depicts a river gently flowing down, on the surface of which the clouds appear to glide away; or, she shows a glass entrance door, over which a plastic translucent curtain gently moves.
Very quickly the viewer realizes the first initial and simple impression will not be enough to grasp these video pieces in their fuller dimensions. Giving these works more generous attention reveals in them unexpected discrepancies: for instance, the rhythm of the clouds gliding through the sky goes faster than the flow of the river, which, as we know from nature, evolves more slowly. Likewise, the colour stripes on the plastic curtain are not real, yet they are projected against the glass entrance door. The pictures produced by the artist are concordant with her mode of representation, by which the flow of reality becomes familiar to us only in accordance with the particular media through which we receive this information.
An essential stylistic device for Cristine de la Garenne consists in establishing a strong distance between the viewer and the film material itself. The unnoticeable transformations of the viewer's perceptions, or, as the case may be, a reflection on the behavioural patterns in the viewer's perceptions, can be described as the sources of her artistic interest. She develops her own video sequences with the benefit of hindsight: she tends to work primarily with images drawn directly out of our daily worlds (as she also does it in her video Loreley, shown at duvekleemann). A group of tourists pass by a water bottle out of which protrudes a small piece of wood, while the scene is accompanied with acoustics from undeterminable sounds. Each tourist functions in sync with a particular melody as long as he/she appears within the camera frame. This uncanny association between musical sources and banal street scenes set off the viewer at a distance from the scene in question. What to do exactly with this kind of projection? Let oneself be enraptured by the fascination that results from this situation? Or should one just receive this odd combination of unsynchronized acoustic and visual stimuli as mere irritants?