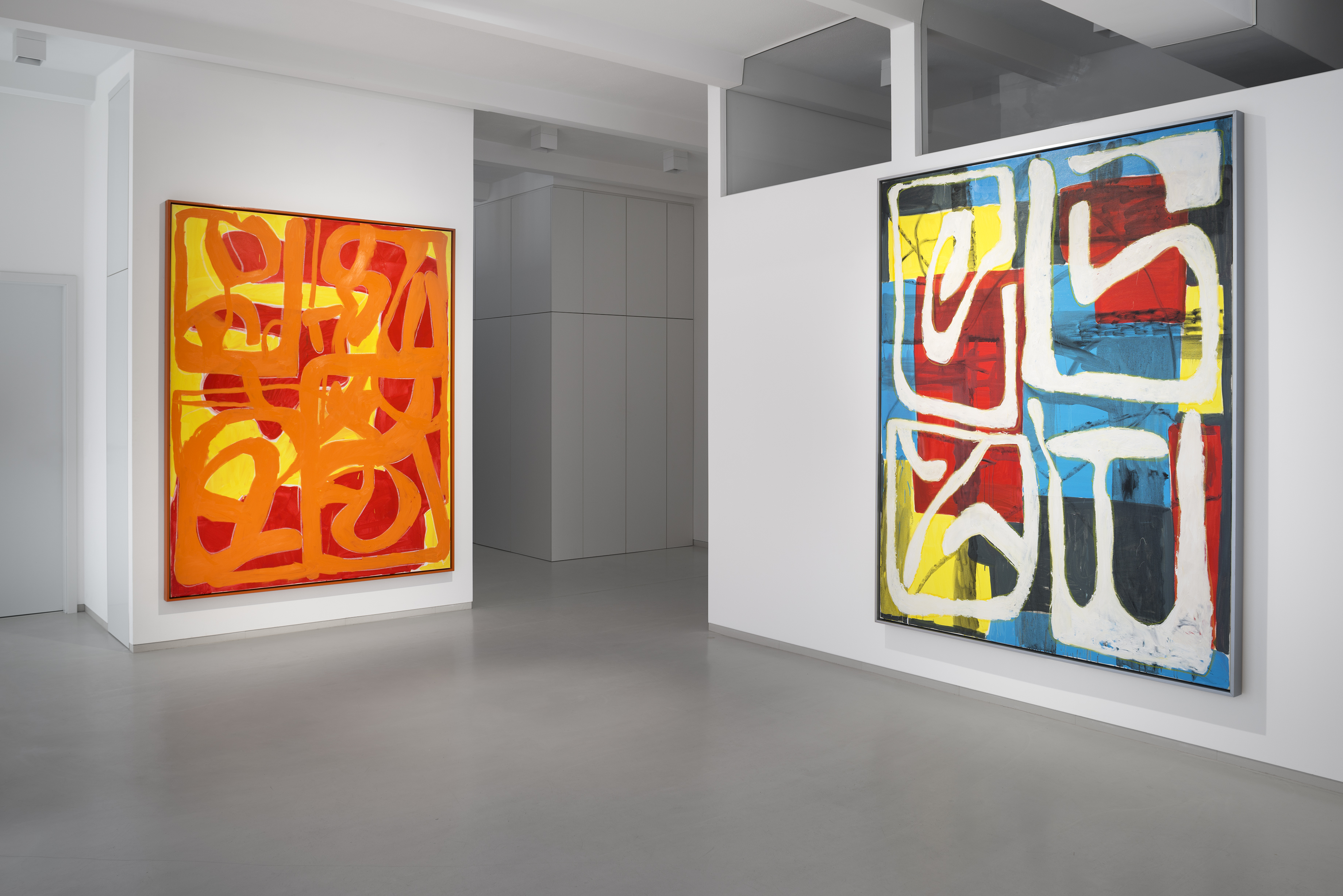 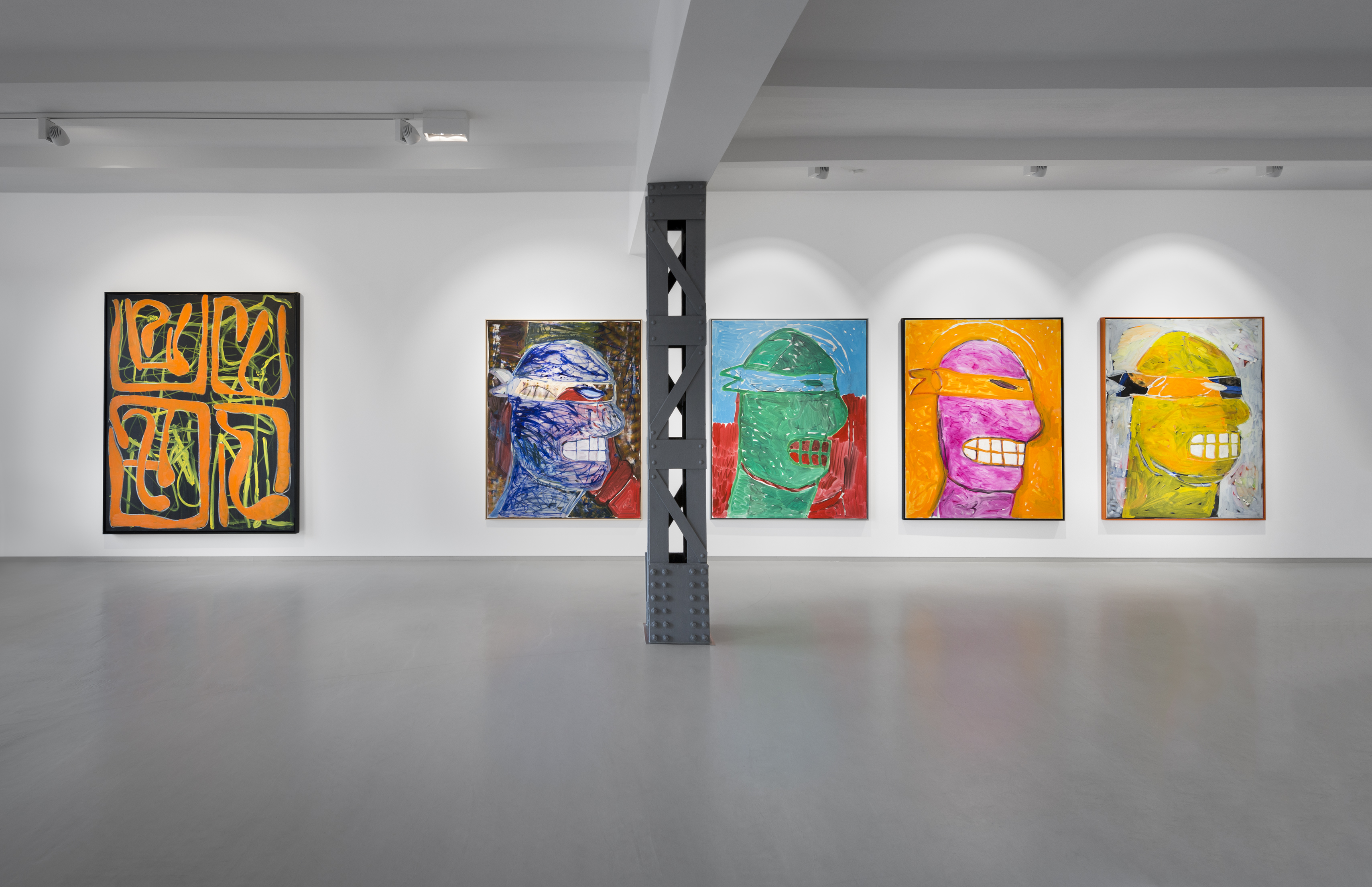 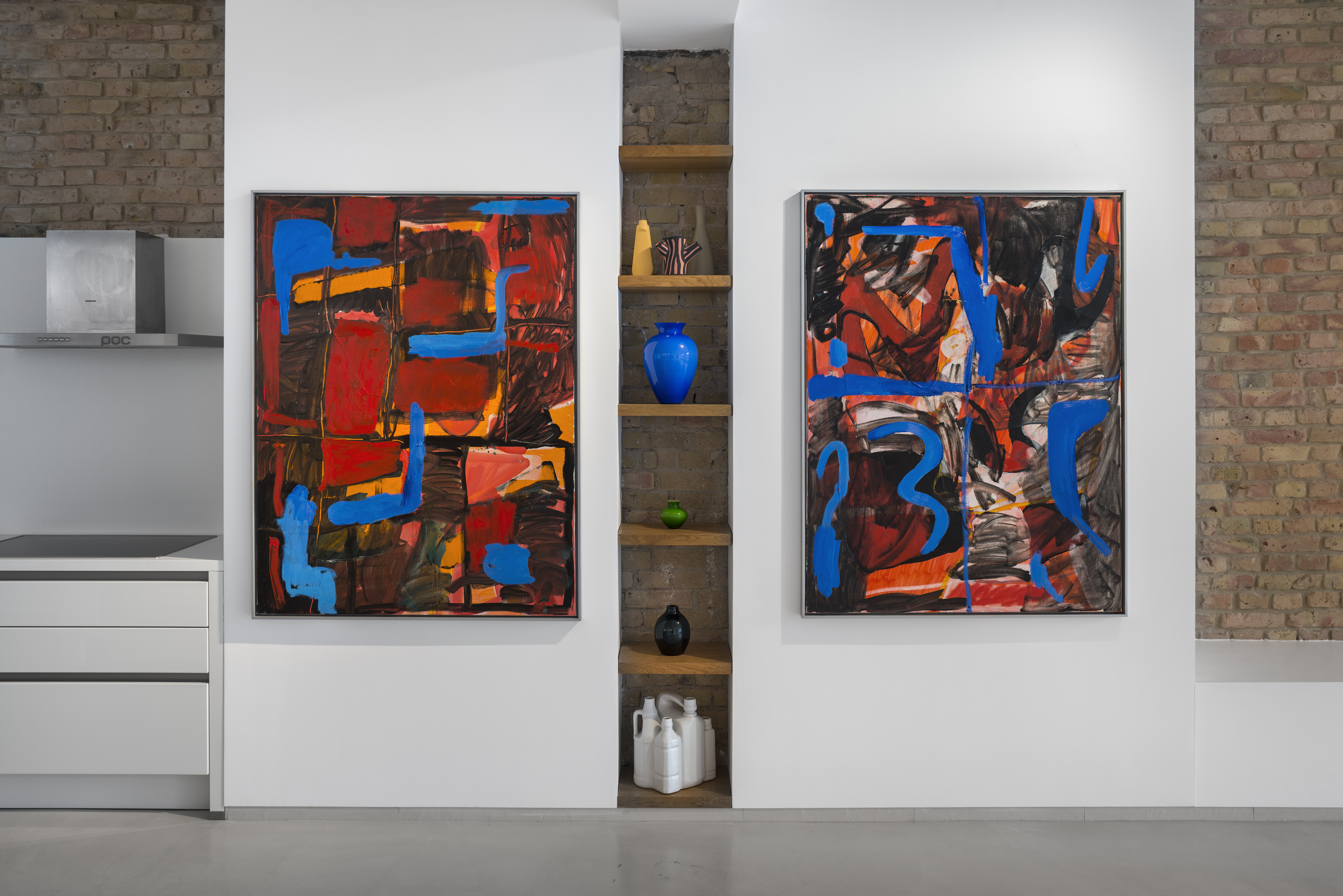 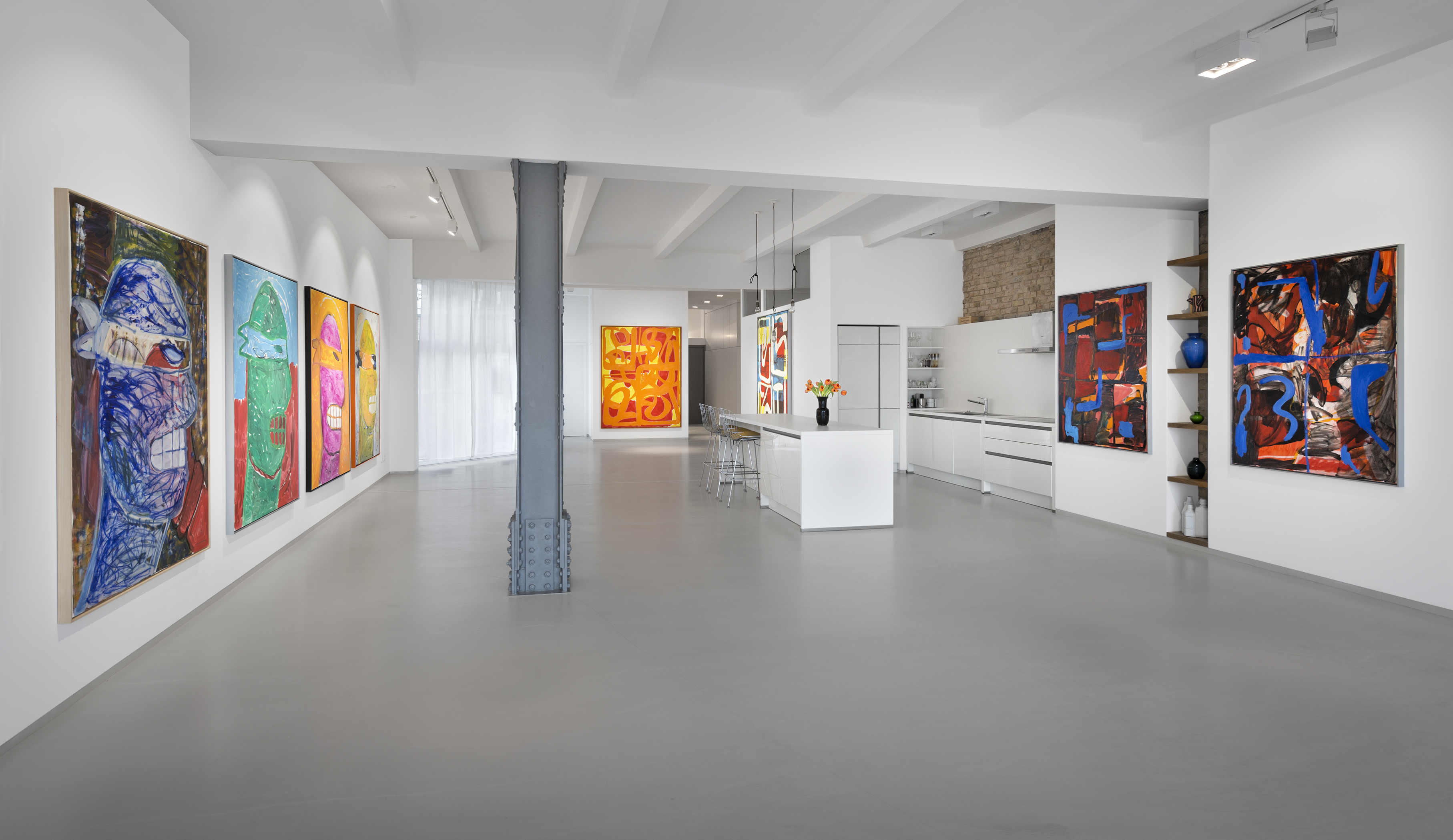 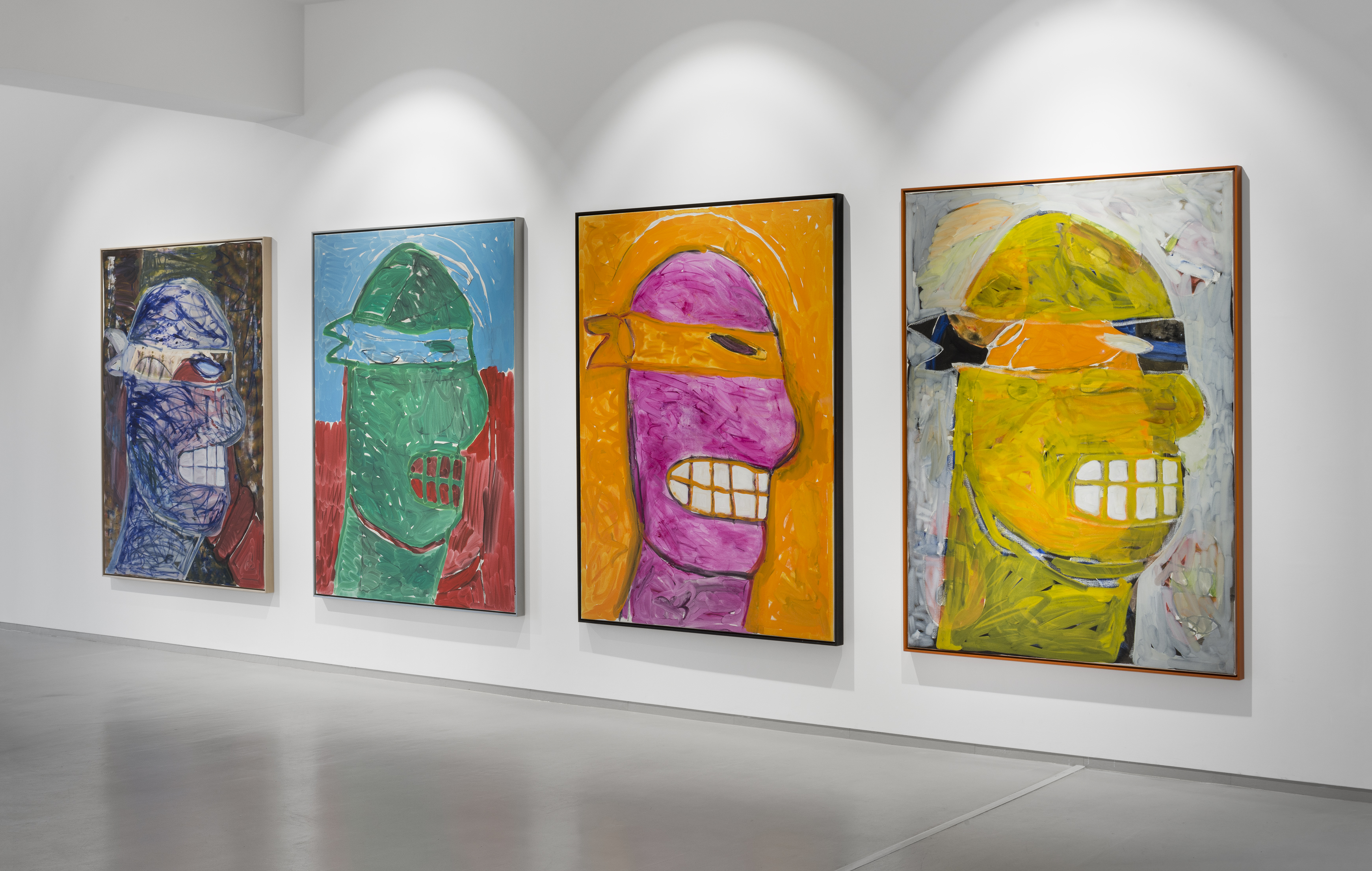 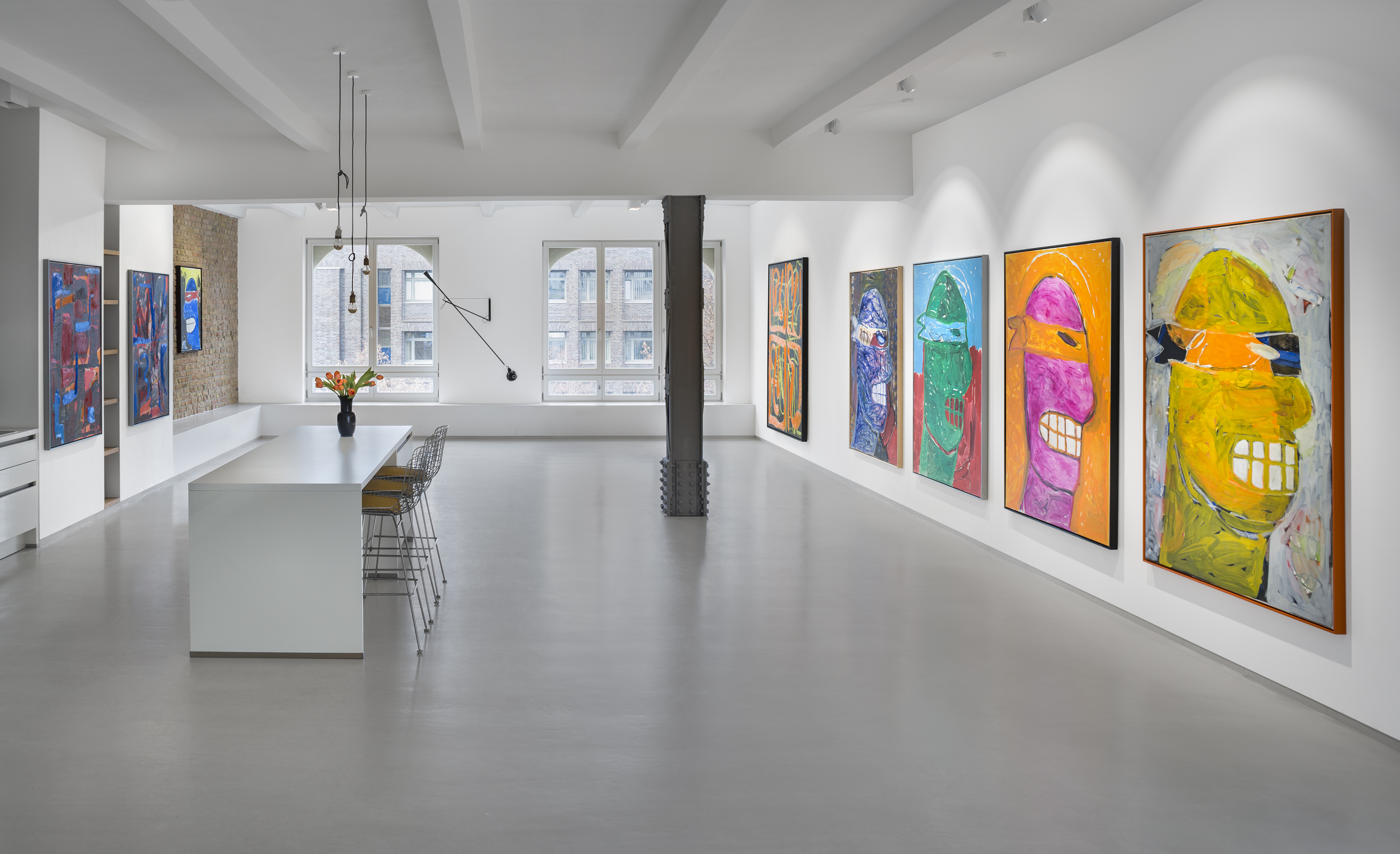 The exhibited paintings of Martin Lukáč (1989) represent two styles of his work in two large series. In the first, he develops his serial painting technique based around the variation of shape and color of the Teenage Mutant Ninja Turtles Comics heroes, well known among the cultural milieu of Lukáč’s generation which grew up during the complex years of Slovakia’s post-socialist transformation. In the 1990s, Lukáč and his peers became inundated by visual representations of these cultural heroes which became a cultural article, being used in a wide spectrum of products, often imbued with many manufacture inaccuracies, discolorations, or other visual idiosyncrasies which differed from the prototypes. The sheer number of these products gave the illusion of opulence and plenty which promised economic equality with the developed west, the birthplace of the teenage mutants. Today, they are the object of nostalgic memory, a collectively shared imagination, and they draw associations with the memories of one generation’s childhood.


Where the first part, consisting of the anthropomorphic turtles, works through pop-cultural painting, and systematically reacts to the production of mass media, the second part of the exhibited paintings consists of works which rather find inspiration in the avant-garde and elite painting culture represented by a formal language which draws on the hundred-year history of abstract painting. Lukáč balances between form and formlessness, and his canvases toe the threshold between the amorphic and the moment when a form emerges and takes shape. He is interested in manifesting those shapes which culture perceives as artificial, as part of a wide repository of signs and attributes of abstract painting. In his painting compositions he places emphasis on the most basic units, referring to the unconscious in the image sphere of the abstract tradition. As usual, there is a motif whose potential is varied and explored until it is exhausted. These motifs are layered and schemed within a matrix which surfaces as a well-known, almost emblematic motif for modernism. These new image compositions combine various visual languages of the past, and reconfigure them for new contexts.
Press Text